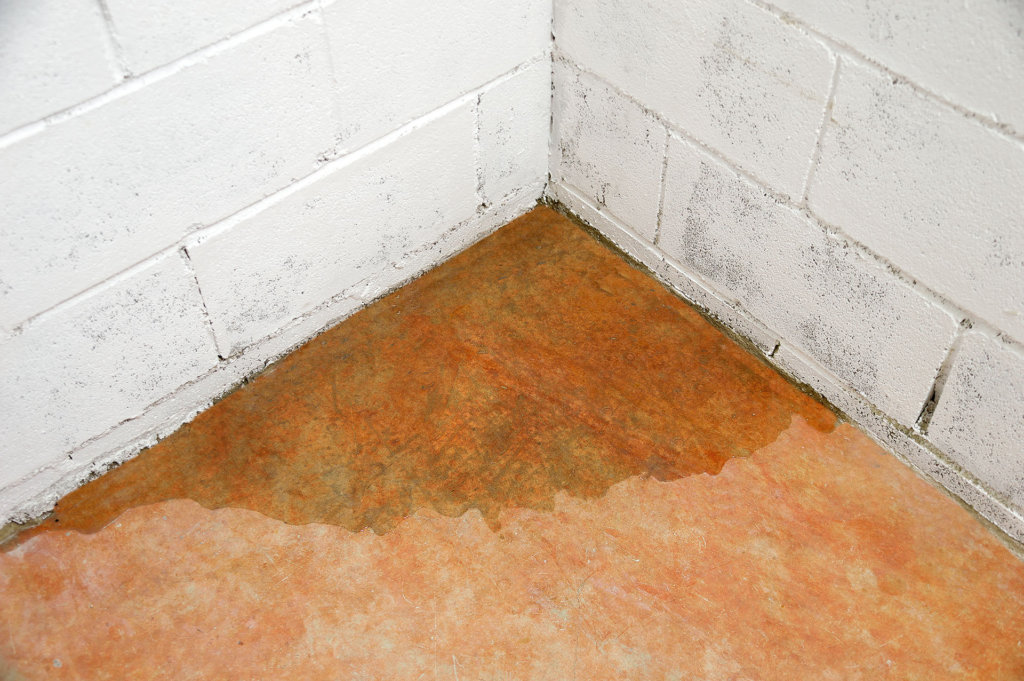 No one wants any part of their home to smell musty, and that includes the basement. Identifying the cause of the smell, which could be moisture, pests, or mold, is the first step towards pinpointing and solving the problem.

In short, the main tasks to fix this are:

These are all simple steps that can be taken to get rid of any lingering musty odors. This will make your basement not only more pleasant but also safer for everyone in the home.

One of the most common reasons for a musty smell in the basement is excess water. Because of how they’re situated, and because they generally get little light, basements are often damp. That moisture generally doesn’t evaporate or dry out by itself.

This excess moisture can quickly become fetid, particularly where small puddles form. In addition, the moisture can cause rot and mold, both of which can smell.

Check for Damp or Leaking Pipes

One of the first steps to eliminate excess moisture is to check the pipes in the basement. Pipes that sweat can be insulated with pipe wrap or foam pipe sleeves, which will help to soak up excess moisture and prevent condensation.

Pipes that are leaking can also be sealed. Pipe putty, pipe tape, patches, and repair clamps can be used to seal up small leaks, temporarily fixing larger leaks. More significant pipe leaks may indicate that the section of pipe needs to be replaced. This can be done by a professional plumber or by a homeowner experienced in repairing things around the house.

Ensure Water Isn’t Entering the Basement from Outside

Water can also enter the basement through cracks in the walls or gaps near the windows or doors. Pinpointing where leaks are can be as easy as checking for water or water damage visible along the walls. Cracks can be carefully plastered over, while window or door gaps can be filled with a sealant.

Puddles of water near the outside of the basement can also cause damage and increase moisture inside the basement. It’s essential to ensure that puddles don’t form along a house’s foundation. You can add filler or level the ground to eliminate them if they do. Drains, both outside along the street and inside the basement, should also be routinely checked for clogs.

During the winter months in colder areas, snow piled against the house might also melt and find its way inside. To reduce the risk of cracks forming, and the risk of leaks, it’s best to ensure that snow is cleared away from the house.

Laundry dryer vents can also cause moisture problems. The vents should send the moist air outside, but if the vent pipe is too long or the temperature is too cold, the water will condense instead. This water then trickles back down the pipe and pools on the floor, which can lead to water damage.

Insulating dryer vent pipes can help to keep them warm and ensure that water evaporates as it should. Sometimes, though, the pipe is simply too long or has too many bends. This is often common in basement dryers. In this case, a pan or bucket can be placed under the pipe to catch the moisture and emptied periodically.

Dry Out the Basement

It’s also important to help basements dry out as much as possible once leaks or excess moisture problems have been eliminated. Ensuring that air ducts are free of blockages and properly working can increase the airflow in the basement, helping to wick away moisture.

Homeowners can also place a dehumidifier or two in the basement. This device draws moisture out of the air and catches it in a container that can be emptied whenever it’s full.

Pests can also cause unpleasant smells in the basement. Pests often find their way into basements because, depending on the season, they are warm or cool, and safer than the outside. Common pests include mice, spiders, and insects such as centipedes, sowbugs, silverfish, crickets, and cockroaches.

Although many of these basement pests are relatively harmless, the droppings they leave behind can create a bad odor and can often be hazardous to breathe in. Also, if animals such as mice die in the basement, their bodies can cause quite a smell.

Homeowners can reduce basement pests by identifying areas where they can get in, such as small gaps around windows or doors, and sealing these places. You can also trap bugs with sticky tape traps.

Mice traps can also solve pest problems. There are even traps available that humanely catch critters so they can simply be released far away from your home.

Oils or herbs such as peppermint, cinnamon, and cloves will also often discourage many insect pests. These natural remedies not only get rid of the bugs in an environmentally-friendly way but also help to make the basement smell nicer. In addition, diatomaceous earth can be sprinkled along the outside of the basement or near doors and windows. This substance discourages insects, as they can’t cross it.

Clean Up and Neutralize Odors

Once the source of the musty smell has been identified, it’s a good idea to give the basement a thorough cleaning to remove any dirt, mold, or water. Not only will you be preventing new smells from forming, but you’ll also begin to eliminate the current odors.

When cleaning a basement, the first step is to get rid of any mold or mildew caused by excess moisture. Mold can be scrubbed away with a scrub brush and a bleach solution, which can be made using a quart of water and one-half cup of bleach. The solution can be gently wiped off, but should not be rinsed away. The bleach solution that remains on the wall or floor will help to prevent new mold outbreaks.

Mold can release toxic spores, so when cleaning, it’s essential to wear a mask and gloves and ventilate the area by using a window fan. If possible, the area should be blocked off, and the air conditioner or heater in the house should be turned off so as not to spread any spores that come loose during the scrubbing process.

If the musty smell in the basement was caused by water damage, furniture or carpets may have gotten wet and might be holding onto excess moisture. These items might also be harboring mold, so it’s often best to remove them.

After removing a carpet and the pad underneath, check for any mold on the floor below. A wet/dry vacuum works well for getting rid of debris and mold on the floor. The area can then be scrubbed with the same bleach solution in order to kill the mold and help to prevent it from returning.

Even though the problem has been identified and steps have been taken to alleviate the musty smell, it can still take some time to disappear altogether. Luckily, there are a few ways to diffuse odors more quickly.

Like activated charcoal, baking soda also helps to both neutralize odors and absorb moisture. Unlike scented room fresheners, baking soda absorbs odors naturally, soaking in the scents and eliminating them.

Can a musty basement smell be harmful?

Although most musty basement smells are harmless, some can be quite dangerous, so it’s important to find what’s causing the smell and remedy the situation as soon as possible.

Mold and mildew can be quite harmful, as the spores can cause an allergic reaction in some people. This is particularly dangerous for people who have breathing conditions such as asthma or have compromised immune systems. Mold spores can cause eye irritation, congestion, and even trouble breathing.

The most dangerous type of mold is Stachybotrys chartarum, also known as black mold. Although some people don’t have any sort of sensitivity to this mold, in many people, it can cause all of the same irritations as other molds. In people who are more sensitive to mold, it can also cause fungal infections, chronic fatigue, and chronic headaches.

Basement pests, particularly mice or rats, can also be harmful. Mice can often spread diseases, such as salmonellosis, hantavirus, and listeria, in their droppings. These diseases can sometimes be life-threatening. Hantavirus, for example, can cause Hantavirus Pulmonary Syndrome, which is a sometimes fatal respiratory condition. The droppings and urine of mice can also spread bacteria, which can cause dangerous allergic reactions.

Can mold cause structural damage?

Mold is unpleasant to see or smell, and it can also be very time consuming and laborious to remove and clean up after. It can also cause staining to carpets, walls, and floors. To hide the staining, homeowners may need to purchase new carpets or paint over stains on the walls.

Mold itself can’t cause structural damage, but when cleaning it up, homeowners may need to remove and throw away carpets, drywall, and insulation. Mold can also get into furniture such as armchairs or couches, and removing it from these pieces can be nearly impossible.

In addition, mold often indicates that there has been water damage to the area. Water can cause a great deal of structural damage. Generally, if there is enough moisture to allow mold to grow, the area around the mold will have been structurally compromised.

Scroll back to top Hausette
Hey there! We use cookies to ensure we give you the best experience on our website.      OK