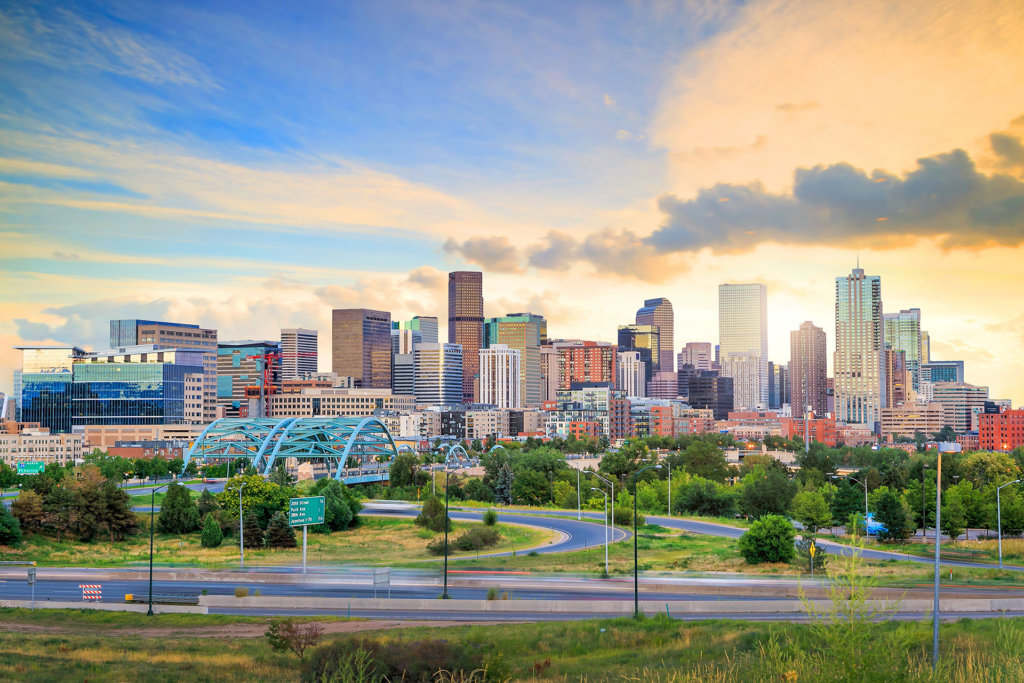 When you think of Colorado, you probably picture places like Aspen, Denver, and Vail. These areas are home to some of the wealthiest neighborhoods. But you don’t have to spend a fortune to enjoy spectacular views of the Rocky mountains and amazing natural wildlife.

Most people think Colorado is expensive, but there are many areas in this state where it’s easy to find houses under $200,000. While they may not be the liveliest cities in the state, they still have plenty to keep you and your family entertained. They’re also close to Denver, Colorado Springs, Grand Junction, and other metros.

We researched dozens of neighborhoods across Colorado and found some of the most affordable places to live. Here are our top 12 affordable areas of Colorado to live:

Just north of Denver, you’ll find the small suburb of Federal Heights. With a 6% safer rating than most cities in Colorado, the area has a few picturesque neighborhoods. It’s also home to the country’s largest water park, Water World.

Schools score above average in the state. However, there has been some crime reported in lower-income neighborhoods and rental apartments.

Rapidly growing in recent years, Fort Lupton is a relatively small community that is north of Brighton, Colorado. Quiet and historic, it’s located off of Highway 85 and has seen a small surge of new residents in the past few years.

Based on criminal records, the area has seen a decline in its crime rate since 2016. With a small community college and a low cost of living, it’s a great place to live in for peace, quiet, and affordability.

Sometimes confused with its larger counterpart Commerce City, Derby is a small suburb right next to the South Platte River. While it’s known for being a low-income area, the rural, picturesque area of Derby is quite affordable. You can find single-family homes for a relatively low price in this area.

As a whole, some neighborhoods in this area won’t be as nice as others. While there are a few shops and restaurants, this is mainly a commuter city.

Looking for a quiet place to settle down? Dacono may be one of the best places for families due to its low cost of living and crime rate. It was once home to a large coal mining plant in the early 1900s, and it’s the first town in Colorado to have a train depot. Farmland and ranches comprise most of the homes here, but it’s close to I-25 and about a 30-minute drive to Denver.

Colorado Springs is just east of this rural, affordable area known as Cimarron Hills. Most of the town is comprised of single-family homes with a couple of apartments and condo complexes. The schools score about average with the rest of the state.

While there aren’t that many amenities, the area is well known for its natural beauty and hiking trails. If you wanted to commute easily to Colorado Springs without spending too much on housing, Cimarron Hills would be a great place to settle down.

Located in southern Colorado, Trinidad is known for its mix of deserts and mountains, as well as being close to the New Mexico border. There are tons of hiking trails along the Spanish Peaks, and there are a few restaurants here that celebrate authentic Mexican fare.

It’s in between Pueblo and Colorado Springs and is home to John Elway’s ranch, which is located just outside of the city limits. With its affordable housing and picturesque setting, it may be the safest and quietest place on our list of affordable places in Colorado.

This small rural town is located just off of I-76, about an hour’s drive from Denver. While there isn’t a whole lot of traffic in this area, most homeowners here can quickly travel to larger areas like Fort Morgan and Sterling for more dining and shopping. Much of Brush, CO is home to historic farms and ranches, and it’s located right next to national parks and the Pawnee Buttes Trailhead.

Pueblo is one of the larger cities on our list, and it’s home to a diverse population. You’ll find tons of things to do here, including a zoo and hiking, but there are also numerous restaurants and bars. Located south of Colorado Springs and about 2 hours from Denver, it’s a larger metro with a low cost of living.

Lake Pueblo State Park is incredibly beautiful and makes living here worth the travel to larger cities due to its natural beauty.

The eastern plains of Colorado are home to a small area known as Lamar. It’s close to the Kansas border, but it’s quite far from Denver (about a 3-hour car ride). With roots dating back to 1886 and the Santa Fe railroad, Lamar is a picture of progress with wind turbines that provide the city with sustainable energy.

The area is known for its schools, which typically rank above average in the state, and it has plenty of parks and trails. This is one of the better places on this list to raise a family in Colorado.

Sterling is located about 2 hours east of Denver in the northeastern part of the state, just by the Nebraska border. This area is affordable and offers lots of family activities, such as a rec center, playgrounds, churches, and above-average schools. However, it lacks some of the natural beauty and hiking opportunities that you’ll find in other areas on this list.

While this town used to be an outpost for the military just outside of Denver, it’s known for manufacturing and national parks. Located on I-76, most of the area is farmland and ranches. There are plenty of people here who commute to Greeley, Fort Collins, and even Denver.

You’ll find the beautiful South Platte River makes for an incredibly fun summer, and it’s quite affordable for individuals and families. However, it doesn’t have the best school district in Colorado, according to Zillow statistics.

To the east of Grand Junction, Clifton is a larger town that connects many suburbs outside the city. The area is beautiful, quite clean, and peaceful with spectacular views of Mt. Garfield and proximity Robb Colorado River State Park. With lots of outdoor activities in the summer, this is one of the best places for people who love hiking and exploration.

Here are some of the most common questions people have when thinking of moving to Colorado.

In general, Colorado’s cost is a little higher than the rest of the United States. The median home cost for the state is about $380,000, while the national average home price is estimated at $230,000.

Also, the overall cost of living is 21 points higher than the national average. This is due to higher prices for groceries, housing, and transportation.

According to DenverLaborLaw.com, research shows that Coloradans need to make between $10.75 and $13 an hour to sustain just a basic standard of living in the state. However, other data shows that a family of four needs a living wage between $24 and $29 to live in this area.

What are the Biggest Cities in Colorado with Affordable Suburbs?

While these cities may not have made our list, some of the suburbs did. These neighborhoods are located next to some of the larger cities in Colorado. They may have fluctuating housing costs, but are generally affordable for many families:

Scroll back to top Hausette
Hey there! We use cookies to ensure we give you the best experience on our website.      OK